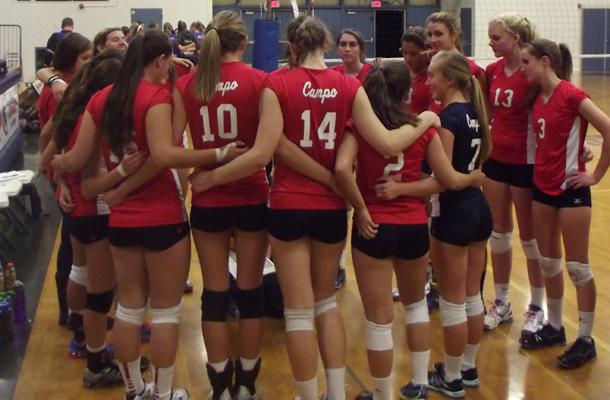 Losing to Las Lomas on October 23rd, the girls’ volleyball team dropped into a tie for the league title. However, with the section championships underway this month, the team has a new shot at surpassing the Knights, in addition to earning another NCS crown.

Coach John Vuong believes that Las Lomas’ play was not what beat them. They had too many unforced errors. He said, “In the future, we can’t take things for granted because anyone can beat you on any given night.” Co-captain Annie Shurtz said that the loss was a “reality check” because they went into the game assuming they had the win. Co-captain, Sophie Seiberth agreed, “We got too overly confident.”

However, both Shurtz and Seiberth are optimistic that the team will have the right attitude entering the NCS tournament. Shurtz said, “From now on, we will take every game and practice as if it is our last. We won’t take anything for granted.” According to Vuong, it is important to remember that there are no second chances because one loss will eliminate them from the tournament. The team will be facing tough competition like Albany, who beat them last year in the semi-finals. Shurtz is optimistic that they will win against Albany if they play with their usual consistency.

Seiberth said that the loss “was the best thing that could have happened” because team morale has improved and everyone is fired up about NCS. After finishing up the regular season by beating Alhambra on October 25 and earning the top seed in the NCS tournament, they are back on track. Vuong is confident in the team’s chances and was pleased with their overall performance in DFAL.

Seiberth said, “We know that we can [win NCS] if we work hard enough, but we won’t assume that we will do it.”