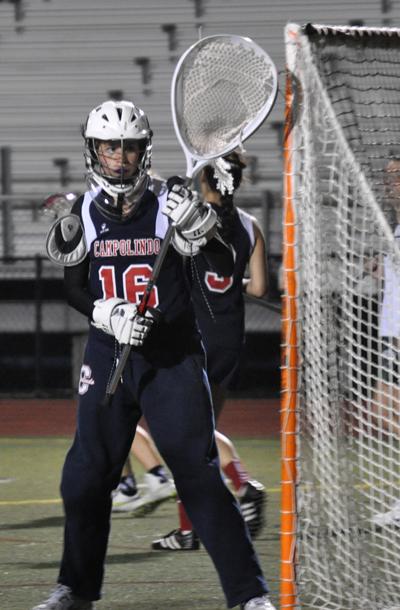 The varsity women’s lacrosse team has seen their share of ups and downs in the 2012 season, the lowest point perhaps coming after their resounding loss to Miramonte on April 18th. However, the team has shown remarkable resilience by winning five of their last seven games, including a win against Miramonte on Thursday May 10.

The first game against Miramonte not unfold as expected. Miramonte took control early, securing possession of the ball and quickly attacking.

By half time, the game appeared to be out of reach for Campo, and the situation became even more dire when Hannah Perkins, the team’s leader in assists and third highest scorer, was hurt during a center draw. Campo eventually fell to Miramonte by a final score of 15-7.

Senior Marina Rosso was disappointed following the loss. “We were down some vital plays and we weren’t into it as much as we could have been,” said Rosso.  “There is usually only a one point difference in games, not eight,” she explained.

After a disheartening 6-10-1 season last year under coach Mike Shumate, Campo brought back coach Jim Magee to head the team. Rosso attributes the team’s improved performance to the return of Magee.
After losing to Miramonte, coach Magee worked hard to increase the intensity level on defense and have the offense share the ball better. His plan appeared to work, as Campo was able to win the rematch 15-7, scoring more than twice as many goals as their previous face-off.

“Our strategy was adjusted a little on both offense and defense. We noticed a few things they did the last game and did a nice job of executing that strategy the entire game,” said Magee. “Claire Faulkner played one of her best games of the year at center – [she] won five draws in a row in the second half. Antonia Harold had a great game in the goal with nine saves.”

Campo finished the season with a much-improved 11-7 record. Magee noted that only five seniors will be graduating out of twenty-seven total players.