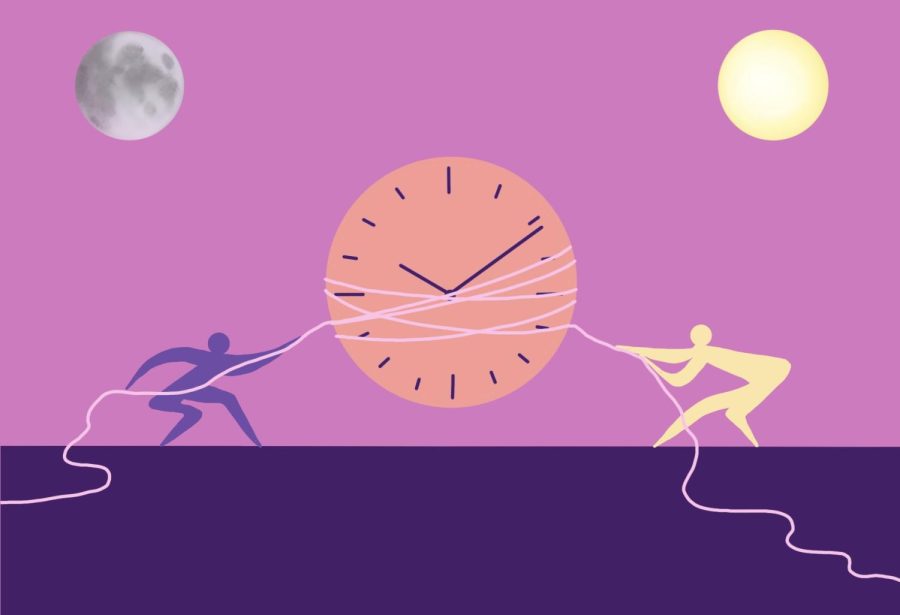 The US Senate's vote to keep clocks on daylight saving time permanently has caused controversy across the country.

The US Senate voted on March 15 to set US clocks on permanent daylight saving time. This decision to get rid of the twice-annual clock changes means that the daylight saving time’s (DST) spring-forward time would be the year-round replacement. But what does this really mean for us?

For many, DST seems like a disruptive and unnecessary adjustment to our clocks twice a year, causing many Americans to vote to get rid of it without actually researching what it really entails. In fact, this new time would mean that the sun comes up later and sets later, giving us more darkness in the morning, but more daylight in the evening.

In the Bay Area in winter, the sun would rise around 8am-8:30am, meaning that students would be waking up, driving to school, and at their first class in the dark. For most students, waking up relatively early while the sun is up to get to school is already challenging: now imagine getting up before the sun is up.

This proposed time would be very detrimental to students who walk or bike to school, since they would now be traveling in the dark. This is also harmful to students who drive to school in the morning, especially people who just got their license and are now having to drive with an absence of light.

Early school starts are already grueling, as exhausted students struggle to stay awake even with the daylight. Without it students are bound to be even more sleepy, distracted, and understand less. Not only would the dark mornings lead to lower test scores and comprehension, but tardies would likely increase since the ability to oversleep is much easier when it’s dark out.

People in favor of this year round daylight time argued that the benefit of having added light in the evening is more time for kids to be outside. This is technically not true, as there would still be the same hours of daylight.

In late fall, winter and early spring, this argument of it being beneficial to have more daylight later in the day is not valid, as it would be too cold for anyone to want to be outside anyways. The later daylight is only beneficial during summertime, as many enjoy being outside in the evenings. However, our current time during summer has always been the daylight (spring-forward) time, so this wouldn’t change anything for summer if year round daylight was put into place.

Another common argument for year round daylight is that the roads would be safer and there would be fewer robberies, because it would be lighter later. DST, on the spring forward and fall back days, are said to have more motor accidents and heart attacks. But, having people drive in the dark in the mornings is sure to cause more accidents.

Sleep scientists strongly disagree that year round daylight is a good idea, as brighter mornings help people wake up and stay alert, while dark nights allow for the production of melatonin, the hormone that triggers sleep. When it is too light at night time, people struggle to fall asleep and the dark mornings make it even harder to wake up. This lack of sleep could lead to chronic sleep deprivation, which is linked to many other health issues. The new daylight time would make us permanently out of sync with the natural environment.

An interesting suggestion made by sleep experts is that the Senate should get rid of DST, making the permanent time standard time instead of daylight time. They claim standard time is most closely associated with our intrinsic circadian rhythm: the natural process that regulates our sleep-wake schedule. This standard time would mean that we would get more hours of sunlight in the morning and less light in the evenings, basically the opposite of the proposed year round daylight time. A huge downside of this approach is that during summer in the Bay Area, the sun would be rising before 5 am, much earlier than most people want to wake up (especially students on their summer breaks). Another downside is that the sun would be setting around 7:30pm in summer, which would significantly lessen the amount of time people can spend outside.

It’s important to note that the U.S. has tried getting rid of daylight savings time before – in an effort to save energy in the 1970s. As children had to go to school in the dark, carrying flashlights, and car accidents increased, the majority who were previously in favor of this change were strongly opposed after it was put into place, forcing the U.S. to change back to DST.

Standard time is not the solution because the daylight hours are not aligned with when we would want to be outside and enjoying the sunlight. Neither is permanent daylight time, as going to school and work in the dark will be very harmful. DST is there for a reason: it allows us to take advantage of the sunlight during the hours where we want it most, more in the morning in winter and the evenings during summer. Switching the time with DST has many more benefits that outweigh the small annoyance of changing clocks twice a year.